The crown court has the power to deprive individuals and third parties of their assets permanently.

Confiscation orders can have a devastating impact on a defendant, his family, business associates and any third party who potentially has a claim on any asset in dispute. All property that is owned or possessed by the defendant or his agents is subjected to those proceedings. It is vital that any third party interests are identified and asserted immediately and if practicable before the commencement of the confiscation proceedings.

Confiscation proceedings are instigated by the prosecution after a defendant has pleaded guilty or is convicted of particular offences under Schedule 2 of the Proceeds of Crime Act 2002 such as fraud, money laundering and drugs supply. When a confiscation order is made, the court does not concern itself with where the assets came from, even if they were acquired during legitimate activities. If the property is deemed to belong to the defendant, then after a confiscation order has been made, the assets can be liquidated to pay the order. Confiscation proceedings are not limited to Schedule 2 crimes, and the scope has been extended to cover offences from planning to waste management offences.

Once confiscation proceedings have been instigated, the court will set a timetable that will require the prosecution to serve a section 16 statement also known as a prosecutor’s statement. This is the prosecution's calculation of criminal benefit and the value of the defendant's realisable assets. The illegal benefit has two subcategories: the first is known as the "particular criminal conduct", and this relates to the actual value of the crime; the second subcategory of benefit is "general criminal conduct", and this refers to the defendant's criminal lifestyle and the money that has been generated in the six years prior to the current proceedings. The prosecution is entitled to make this back-calculation on benefit because the Proceeds of Crime Act 2002 allows the court to make certain assumptions about the defendant's past criminality (even though no evidence of any prior guilt needs to be produced) because the defendant has been convicted of an offence that meets the criteria. Once the prosecution has valued the criminal benefit, they can apply to liquidate all the current assets held by the defendant if the confiscation order is not satisfied.

The defence can either accept the prosecution calculation or file a response known as a Section 17 Statement or the defendant's response. This is the opportunity of the accused to set out his financial position and why he believes the prosecution has made errors in its calculation or made assumptions that are unfair.

It is very common in confiscation proceedings to find that the prosecution confiscation calculation is grossly inflated and with the help of Osborn Knight, this figure can be reduced, in some cases by a massive amount. In one instance in which we were instructed, the benefit figure started at £32 million, and by the end of the proceedings, a confiscation order was made for just £1,500.

If an agreement cannot be reached, a final hearing will be fixed before a judge. The judge will hear evidence and will make his assessment on the benefit and the realisable assets. The judge can also hear evidence from any third party who has an interest in any asset that is in dispute before making his decision on the confiscation amount.

Confiscation orders are made at the conclusion of confiscation or Poca proceedings. They can either be made by agreement/consent or after a full hearing. Confiscation orders made by agreement/consent frequently involve negotiations taking place between the prosecution and the defence after the service of the first Section 16 prosecutor's statement and the defendant’s Section 17 response. These documents allow the defence and prosecution to see areas of agreement and difference. On those areas being identified, further instructions can be taken, and Supplementary Section 16 and 17 statements can be served. During the process, the differences are narrowed, and this process can eliminate areas of hidden assets which can be problematic in confiscation proceedings.

Where agreement cannot be reached on any aspect of the prosecution’s Section16 statement or there is a particular matter in dispute, for example the ownership of a property or family home or an assertion by the prosecution of hidden assets, then the issue can be put before the judge and evidence called so that a determination can be made. The judge has the discretion to make his own finding and assessment of the confiscation figures or on the value of the benefit and the realisable assets.

If agreement cannot be reached between the prosecution and the defence on any aspect of the confiscation proceedings, such as the benefit figure or the ownership of an asset, then those matters can be put before the judge for a full confiscation hearing to take place. Both the prosecution and defence will call evidence to substantiate their assertions, and the judge will then make a finding. Where a full confiscation hearing is to take place, a defendant must remember that the burden of proof is upon them; in other words, they have to prove their case. It is for those reasons that the defence need to provide clear and credible evidence that will stand up to judicial scrutiny. Defendants must also remember that they are appearing before the court as a convicted person, which means that the evidence they give may not be taken at face value unless it can be independently corroborated. Further considerations will also include whether the defendant pleaded guilty or was convicted after trial and what evidence was given in the substantive proceedings. The judge may also have his views about the credibility of the defendant by the confiscation stage. It may be possible to apply to recuse the judge, but any such application has to be very carefully weighed up as the potential implications for getting this wrong may have disastrous consequences for the defendant in the current confiscation proceedings.

On the making of a confiscation order, a judge will have to evaluate two figures. First, the criminal benefit and, second, the realisable assets value. For most defendants, the most important figure will be the value of the achievable assets. However, there will be a small number of persons will be greatly concerned with the benefit value. Defendants must remember that a confiscation order is a lifetime order and therefore large benefit values still need to be paid off at some time in the future. This has important implications for "future assets" that may come into the hands of the defendant either through future employment, entrepreneurship, or inheritance. For these reasons, the benefit figure needs to be considered very carefully when confiscation cases are being prepared.

Once the realisable asset element of the confiscation order has been paid, defendants need to ensure that restraint orders that were previously imposed are discharged, and any restrictions placed on any properties are also released.

Confiscation Orders and Certificates of Inadequacy.

Where confiscation orders have been made, there are provisions to allow defendants to go back to the court to ask for the value of their assets to be reassessed. This is called an application for a Certificate of Inadequacy.

An application for a Certificate of Inadequacy should be made after the making of a confiscation order when all the assets have been sold, and the proceeds paid towards the confiscation order. It will be difficult to ask for a Certificate of Inadequacy where there is a finding by the judge or an agreement that there are hidden assets. However, assuming that a confiscation order has been made without a hidden asset element, and all the assets identified in the proceedings have now been liquidated and sold to meet the confiscation order, then a shortfall in the initial value can be reassessed. Examples of this might include property and precious metals where the values rise and fall over time or where the fees for liquidating the assets are higher than expected and have to be taken out of the value of the asset. Such applications are made following Section 23 Proceeds of Crime Act 2002 and need to be supported by evidence of the price realised. In situations such as this, it is far better to sell the asset at arm’s length to avoid any suspicion by the authorities that the asset may have been sold at an undervalue.

If an application for inadequacy is successful, it will have an impact on the default sentence that was initially imposed, which will be reduced proportionately. 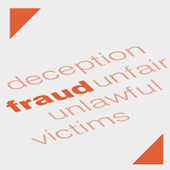 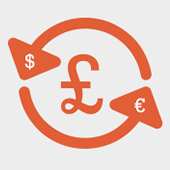 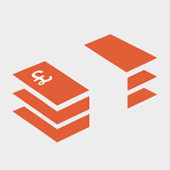 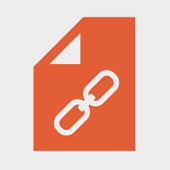 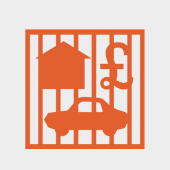